Written by OLIVER P.  TEMPLE in his book

EAST TENNESSEE
AND THE CIVIL WAR

"These facts I have just obtained from Colonel James E Carter, commanding the First Tennessee Confederate Cavalry. During the siege, his regiment with two others was stationed near Boyd's Ferry and had to protect that region. He, in conjunction with Colonel Giltner, of Kentucky, and one or two other officers, made a reconnaissance of the country, and determined the point where the line of investment should strike the river. Colonel Carter was born and reared only a few miles away, and knew the country and the rivers. Knoxville was his home, and it still is. He was a brave soldier, and a reliable honorable gentleman. He says that it was not deemed safe to throw their line below Boyd's Ferry so as to strike the river below the mouth of the French Broad. If they had had one more regiment, which they expected, they could and would have done so." 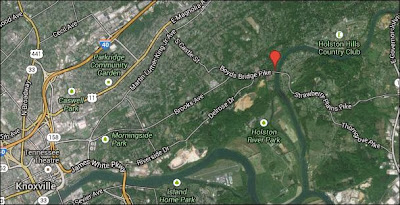 Boyd's Ferry was on the Holston River, about 6 miles above Knoxville, Tennessee. It was involved in the 1863 siege of Knoxville by Confederate forces. During the assault, Confederate troops attempted to launch a raft from the ferry that would reach and carry away the pontoon-bridge in use by Union forces under Maj. Gen. Ambrose E. Burnside. Union Brigadier-General Orlando M. Poe counteracted the destructive raft by stretching an iron cable boom across the river above the bridge to catch it. 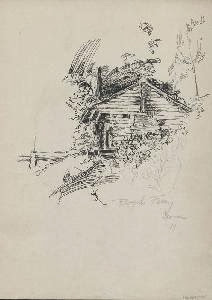